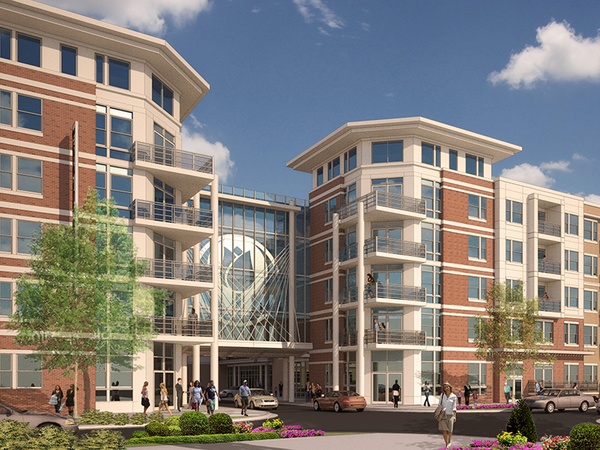 What was an earlier announcement buried in a company’s second-quarter earnings report is quickly becoming a five-story apartment complex joining the building frenzy in The Galleria area.

Post Galleria is now under construction on the site of a now-demolished hotel along Loop 610 north of Richmond Avenue, the Chronicle reports. Renderings first surfaced recently on the Houston Architecture.com forum showing plans for the building — with those taken from the developer’s website.

Developed by Atlanta-based Post Properties, Post Galleria is to include 395 units in the wood-framed building with a contemporary bridgeway an architectural focus at the main entrance, according to the company’s website. The bridgeway opens into an additional communal courtyard with landscaping featuring a water fountain. A fitness facility and clubroom that provide close to 10,000 square feet of leisure space for residents are among the amenity highlights, in addition to a large private courtyard and swimming pool.

Post Galleria will sit on almost four acres in this highly sought-after area.